What to Do About Thatch 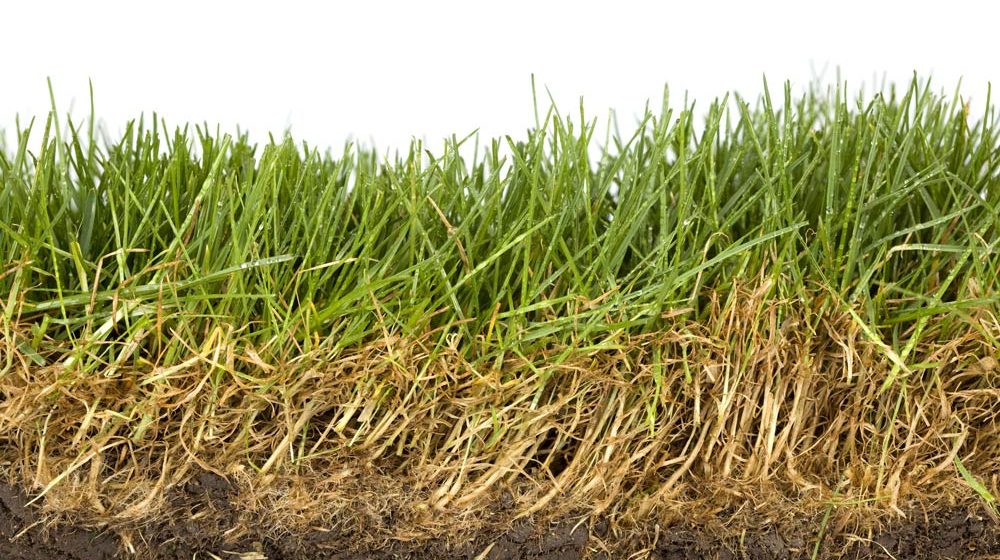 Thatch is a mix of dead and alive organic debris between soil and grass. A little of it can provide a nice cushion; a lot of it compromises soil and turf health. Get rid of thatch with a power rake or a vertical mower.

If you have a lawn, you probably know about thatch—especially if your turf grass is St. Augustine, zoysia, seashore paspalum, or hybrid Bermuda. These four Florida lawn grasses are the varieties most prone to developing thatch.

Thatch: The Layer Between Soil and Grass

Some kinds of grass produce long horizontally running stems. These can add to a thatch layer. Some kinds of soil contain low amounts of the microorganisms that decompose organic debris. Thatch builds up easily in either of these environments.

Should Thatch Be Removed?

Many homeowners aren’t aware of thatch in their grass until it becomes very thick (the grass is noticeably spongy when walked on) or until their lawn care provider mentions it. A thick layer of thatch can make grass difficult to mow. Lawn mower wheels sink down to the soil, and when a thatch layer has raised the level of the grass, it’s easy to end up scalping the lawn. A homeowner who prefers their grass mowed long, say at four inches, will hear from their lawn care provider that thatch is preventing a long cut.

Is thatch bad for grass and should it be removed? Actually, a little thatch under grass is not bad for it. In fact, it can provide a bit of cushioning that makes walking on the grass more comfortable. It also acts as in insulator for soil, keeping it from drying out or freezing.

A lot of thatch (more than half an inch) is not great for grass. Whereas a thin layer can provide helpful insulation, a thick layer can trap moisture and block air flow. Soil needs moisture and grass needs air circulation for health. When thatch is so thick that it blocks both, it compromises the health of the grass and soil.

Also, as we mentioned earlier, a thick layer of thatch under grass can make it impossible to achieve a long cut.

How to Get Rid of Thatch

Opinions differ on whether or not thatch should be removed. Honestly, we don’t see many homeowners removing thatch very often. Still, we recommend thatch be removed if your lawn is rocking a layer that’s thicker than an inch.

You can remove thatch with either a power rake or a vertical mower.

A power rake has steel tines. Raking your lawn with this tool will loosen and lift the thatch so that you can extract and remove it.

A vertical mower has blades that cut vertically (up and down) rather than horizontally. A vertical mower slices into the turf, pulling up thatch at the same time as it cuts the grass and cultivates the soil underneath.

Homeowners, be careful when using a vertical mower. If it’s done improperly, you can wind up killing the grass. We recommend hiring a professional lawn care company to carry out vertical mowing on your lawn.

How do you avoid thatch build up? Mow grass at correct heights, use fertilizer in appropriate amounts and occasionally top dress turf with a thin layer of sand.